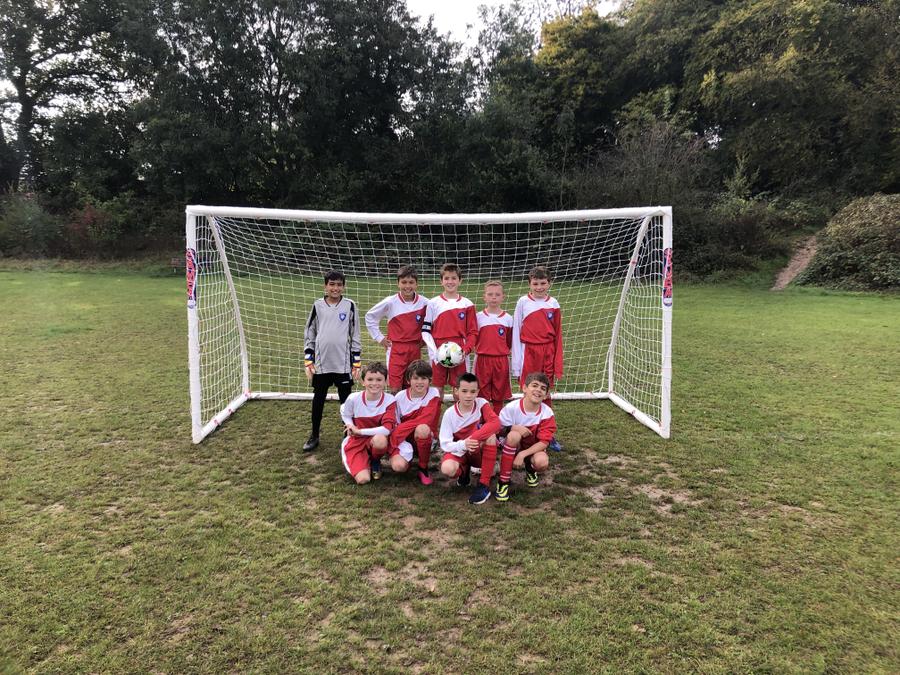 On Wednesday the 9th October, Burford Under 10’s played their first football match of the season against Danesfield.   As soon as the whistle blew we conceded a goal 1-0 to Danesfield before we had managed to settle into the match.  The weather was dreadful but we kept fighting and got rewarded with a goal scored by Joe R, 1-1.    In the second half Joe R scored another goal with a great finish into the top left corner of the goal. A few minutes later he followed this up with another goal, hat-trick hero. Through the second half we started to roll on our subs which allowed us to keep up the pressure on Danesfield. Resulting in another goal right at the end by Harry B. It was a fantastic performance by the whole team, which means we progress into the next round of the Under 10s knockout cup, where we will be at home again. By Sam P, Owen C and Josh V