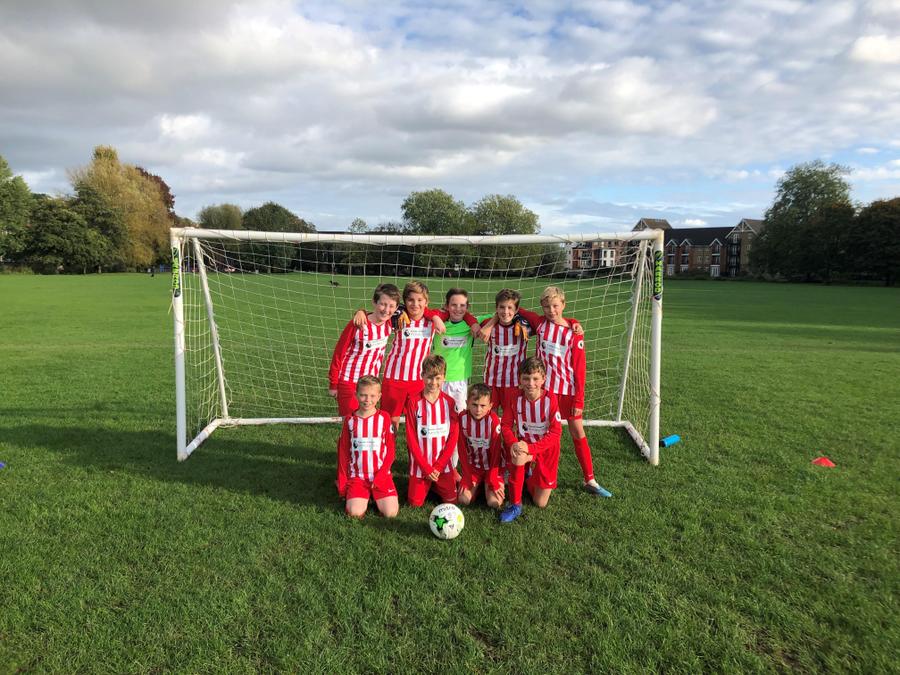 When we arrived at Millbrook School our hopes were high as we walked onto the pitch to do our warm up. As we started the match we began by passing the ball around well. We ended up with couple of great chances, the best of them falling to William H from an excellent Harry Br cross, however it ended up just wide of the goal. Half time came and went and we all came back onto the pitch hungry to win. Straight after the kick off William H was given another great chance which he took well scoring in the bottom left hand corner. A couple of minutes later Millbrook had their best chance of the game but Jack R came out to make a good save and his only one of the match. Moments later Aaron R got the ball on the wing and cut in onto his left foot to finish low into the corner for the second goal. For the rest of the game Burford were on top of Millbrook but didn't add any more goals. The game finished 2-0 to Burford and we progress into the next round of the cup.